To have or not to have nuclear weapons is a question of human security and not European privilege. 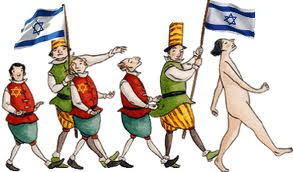 How many times must this story be retold? It is common knowledge in the United States, in Europe, in the Arab World, indeed in the entire world. The international press has been reporting on it since the late 1960s. The historical details of the story are also well known. In 1955, President Dwight Eisenhower gave Israel its first small nuclear reactor at Nahal Sorek; in 1964, the French built for Israel its much larger and major Dimona nuclear reactor in the Naqab (Negev) Desert; in 1965, Israel stole 200 pounds of weapons-grade uranium from the United States through its spies at the Nuclear Materials and Equipment Corporation company in Pennsylvania; in 1968, Israel hijacked a Liberian ship in international waters and stole its 200-ton shipment of yellowcake. Israel has possessed nuclear bombs since the early 1970s. Despite official US denials, Golda Meir, the fourth prime minister of Israel, reportedly prepared to launch 13 nuclear bombs on Syria and Egypt in 1973 and was stopped short of committing this genocidal act when Henry Kissinger gave Israel the most massive weapons airlift in history at the time to reverse the course of the 1973 war (as Time Magazine reported the story). Israel has had an ongoing nuclear weapons collaboration with the South African Apartheid regime for decades, which only ended with the collapse of the regime in 1994.

Since then, experts have estimated that Israel has upwards of 400 nuclear devices, including thermonuclear weapons with megaton range, as well as neutron bombs, tactical nuclear weapons, and suitcase nukes. It also has the missile delivery systems to launch them with a reach of 11,500km (which can reach beyond Iran). Israel also has submarines that are capable of launching nuclear attacks as well as jet fighters that can deliver Israel’s nuclear cargo.

Israel has diligently prevented its neighbours from even acquiring nuclear reactors for peaceful purposes. It violated international law by bombing the Iraqi French-built Osirak nuclear reactor still under construction in 1981 in an unprovoked raid even though the reactor was going to be used, according to the French and Iraqi governments, for peaceful scientific purposes. Israel also bombed what intelligence reports allege was a North Korean nuclear reactor under construction in Syria in 2007. Israel’s Mossad has also been linked to the assassination of numerous Egyptian, Iraqi, and Iranian nuclear scientists over the decades. Israel continues to refuse to join the Nuclear Non-Proliferation Treaty and refuses to allow members of the International Atomic Energy Commission to inspect its Dimona reactor.

Israel, a predatory and aggressive country that has consistently launched wars on all its neighbours since its establishment, expelled hundreds of thousands of people, created millions of Palestinian, Lebanese, and Egyptian refugees, murdered tens of thousands of civilians and used internationally-banned weapons (from napalm to phosphorous bombs, to name the most notorious cases), continues to occupy the Palestinian territories and the Palestinian people in violation of international law, is governed by a foundational anti-Arab and anti-Muslim racist state ideology to which all its leaders, governing structures, and institutions adhere, as does its popular and political culture and a variety of its laws. Indeed, Israel not only consistently launches wars against its neighbours but also urges world powers to invade these neighbours as well, and in the meanwhile sponsors anti-Arab and anti-Muslim racist campaigns of hatred in the United States and across Europe in addition to integrating such racism in its school and university curricula and much of its cultural production. 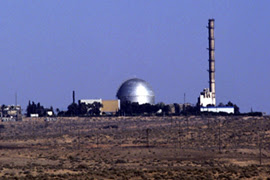 Israel’s protector, the United States, is the only country on Earth that has ever deliberately used nuclear bombs against civilian populations and continues to defend this decision 66 years after this genocidal act, and inculcates its population, in its school curricula and in the media, to defend it. The United States has also made certain that Israel’s nuclear arsenal would not ever be discussed at the UN Security Council despite persistent proposals over the decades to discuss it. Indeed, the United States insistence on keeping Israel’s nuclear capability an open "secret" is engineered, among other things, to keep United States aid to Israel flowing, especially as a key legal condition of receiving such aid is for recipient countries to be signatories to the Nuclear Non-Proliferation Treaty, which Israel refuses to sign.

Yet the United States and Israel, which have been the major threats to world peace and indeed the major global warmongers since World War II, insist on telling the world that Iran, a country whose current regime never invaded any country (but was rather invaded by Saddam’s Iraq in 1981 at the behest of the dictatorial ruling Gulf oil-rich families and their US and French sponsors), is a threat to world peace were it to possess a nuclear device.

The racist policies of the United States as to who should get to possess nuclear weapons and who should not (according to racial criteria of whether they are European or of European stock or not) aside, it must be made clear that the extent to which there is a nuclear race in the Middle East, it is one fostered by Israel’s warmongering and its possession of such weapons of mass destruction. If the Middle East is to be a nuclear-free zone, then the international effort to rid it of such weapons must begin with Israel, which is the only country in the region that possesses these weapons, and not with Iran who may or may not be developing them.

The racism of the Obama administration against Arabs and Muslims clearly knows no limits, but for the people of the Middle East (Arabs, Turks, and Iranians), Obama’s racist criteria are not terribly persuasive. To have or not to have nuclear weapons is a question of human security, as far as the people of the region are concerned, and not one of European racial privilege. While the US may not fear Israeli nukes, Israel’s neighbouring countries and their civilian populations have for decades been (and continue to be) terrorised by them; and for good reason. Once Obama learns this lesson, the people of the region will reconsider US credibility about its alleged concern about nuclear proliferation.

The views expressed in the article are the author's own and do not necessarily represent Al Jazeera's editorial policy.
Posted by Giordano Bruno... the 2nd at 18:34