Has justice been done, Mr. President?

Upon being informed that a team of US Navy Seals had shot Osama Bin Laden dead, at a compound in Abbottabad, in northern Pakistan, President Barack Obama announced that "justice had been done". Yet, as the killing of this man whom the US alleges to be responsible for the 9/11 terrorist attacks is praised around the corporate international community, we take another look at the legality of this extra-judicial killing... 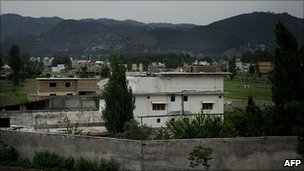 
The demise of the man held responsible for mass atrocities, including the 11 September 2001 attacks, was welcomed around the world.

But as the US narrative of the raid has developed - and changed - since Monday's raid, there have been growing questions about whether it was legal to kill the al-Qaeda leader.

At one level, these questions have focused on what happened during the operation at the building in Abbottabad in which Bin Laden was found.

"The issue here is whether what was done was an act of legitimate self-defence," said Benjamin Ferencz, an international law specialist who served as a prosecutor during the Nuremburg trials and argued that it would have been better to capture Bin Laden and send him to court.

"Killing a captive who poses no immediate threat is a crime under military law as well as all other law," he told the BBC World Service.

Putting the case for the legality of the raid on Wednesday, US Attorney General Eric Holder said it was "conducted in a way that was consistent with our law, with our values".


“It's lawful to target an enemy commander in the field” Eric Holder, US Attorney General
"If he had surrendered, attempted to surrender, I think we should obviously have accepted that, but there was no indication that he wanted to do that and therefore his killing was appropriate," he told the Senate judiciary committee.

No blow-by-blow account of what happened in the moments before Bin Laden was shot has been settled on.

US officials have suggested that Bin Laden may have been reaching for a weapon, and that the Navy Seals may have suspected that people in the compound were wearing suicide belts.

But they have also said Bin Laden was not carrying a weapon - after initially saying he was.

And they have told US media that just one person in the compound shot at the special forces team, in what appears to have been a fairly one-sided confrontation.

Legal experts have therefore asked whether the US forces were instructed to kill, and whether Bin Laden was offered a chance to surrender.

Like Mr Ferencz, British law professor Philippe Sands QC says it is impossible to make a definitive legal judgement without knowing precisely what happened. But he says the case for the raid's legality has been weakened.

The raid to kill Bin Laden took place at a villa in the town of Abbottabad "The question to ask is: were the measures taken in the actual situation that pertained reasonable and proportionate given the circumstances in which the [Navy Seals] found themselves?" he told the BBC.

"The facts for Bin Laden don't appear to easily meet that standard."

On a broader level, US officials have justified Bin Laden's killing as an act committed as part of an armed conflict with al-Qaeda.

Mr Holder said Bin Laden's killing was "an act of national self-defence", calling the al-Qaeda leader "a lawful military target" who had acknowledged his role in the 9/11 attacks.

"It's lawful to target an enemy commander in the field," he said.

Some legal experts have backed up that position.

"I don't think that this is an extrajudicial killing," Philip Bobbitt, a specialist on constitutional law and international security, told the BBC's World Tonight programme. "I think this is part of an armed conflict authorised by the United Nations, authorised by both houses of Congress."

The extent to which Bin Laden could have still been a key commander, given the restrictions on his movements and communictions, has been queried, though the US has said he was "active in operational planning" from Abbottabad.


“I think it's deeply troubling if we are indeed moving to a place where you can have a global assassination policy for those who are perceived to cause trouble” Philippe Sands QC
But the fact that Bin Laden was killed in a normally quiet town, in a country with which the US is not at war and says it was not given prior warning of the raid, has also raised questions.

"As a matter of international law, one country is not free to enter another country apparently without the authorisation of that country, and intervene, whether to kidnap or kill a national of a third state," Mr Sands said.

He acknowledged that under what is known as the doctrine of necessity, where there is an "overriding threat to national security", such an act might not give rise to responsibility or liability.

But he said the difficulty with that argument was that it comes against a background of a rise in extrajudicial killings, including through the use of drones, and that this was not a "lawful direction to be taking".

The logical conclusion of any idea that Bin Laden could be killed as an enemy combatant was "that anyone associated with al-Qaeda in any country in the world can be taken out, can be executed," Mr Sands said.

"I think it's deeply troubling if we are indeed moving to a place where you can have a global assassination policy for those who are perceived to cause trouble," he added.

"In certain exceptional cases, use of deadly force may be permissible as a measure of last resort... including in operations against terrorists," they said in statement.

"However, the norm should be that terrorists be dealt with as criminals, through legal processes of arrest, trial and judicially decided punishment," they added.

"Actions taken by states in combating terrorism, especially in high profile cases, set precedents for the way in which the right to life will be treated in future instances."
﻿
Posted by Giordano Bruno... the 2nd at 12:03