Chris Hedges: The Mirage of Our Lives 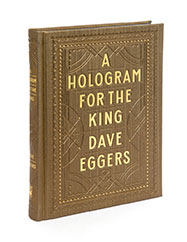 "The hologram becomes the perfect metaphor for the insubstantial nature of the American economy. None of it is real. It is a mirage. It is held up by credit, by debt, by the printing of endless amounts of new money and by vast schemes of financial speculation and casino capitalism that evaporate as swiftly as a hologram."
Posted by Giordano Bruno... the 2nd at 20:35 No comments: Links to this post

The Major Economic Ideas We Live By Are Shockingly Flimsy

Economists’ insistence that their discipline is like physics sounds a little nervous. Did you ever hear a physicist boast to the world that physics is like economics?

In his well-known textbook Economics, Paul Samuelson depicts our economic world as being like the universe of Newtonian physics. Though he concedes that deciding on policies may involve value judgments—eliminating rent control may hurt individuals, even though it benefits the economy—he promises to focus on the economic science of cause-and-effect. “Positive economics describes the facts and behavior in the economy,” he insists. The emphasis is his. Questions in this realm may be “easy or tough,” but they “can be resolved only by reference to facts.” In another popular text, Walter Nicholson similarly tells students: “‘Positive’ economists believe that one reason for the success of economics as a discipline is that it has been able to emulate successfully the positive approach taken by the physical sciences rather than becoming involved in the value-laden normative approach taken by some of the other social sciences.”

Economists’ insistence that their discipline is like physics sounds a little nervous. Did you ever hear a physicist boast to the world that that physics is like economics? More important, when they talk about economics this way, Samuelson, Nicholson, and other economists are misrepresenting what they do and what economics is. From Adam Smith to Karl Marx, from John Maynard Keynes to Milton Friedman, economists have sought to gain insight into economies by building models of them. They make simplified assumptions about the economic world we inhabit and construct imaginary economies—in other words, models—based on those assumptions. They use these imaginary economies to draw practical conclusions about the actual economies we inhabit.

All we ever see is the point where the imaginary curves are supposed to intersect: the actual oil price. Nobody has ever seen supply or demand curves; they are models. They can be useful, but should not be mistaken for a literal picture of reality. If you trace, over time, the movement of actual gasoline prices versus consumption, you see loops and zigs and zags that don’t look anything like imagined supply and demand curves.

Moreover, some factors that affect oil prices are inconsistent with the model. For example, energy-intensive industries such as aluminum smelters may hedge against possible oil price increases by entering into contracts to buy oil at some fixed price at a given date in the future. Oil producers sell such contracts. They also speculate by buying such contracts. They have insider information about oil prices—if a platform explodes, the firm that owns it knows before the public gets the news—but are exempt from laws against insider trading. Alexander Elder, a commodities trader, describes visiting a friend at the trading desk of a multinational oil company: “After passing through security that was tighter than at Kennedy International Airport, I walked through glass-enclosed corridors. Clusters of men huddled around monitors trading oil products. When I asked my host whether his traders were hedging or speculating, he looked me straight in the eye and said, ‘Yes.’ I asked him again and received the same answer.” When oil companies speculate on oil prices, they move prices, but there is no supply or demand curve. Sophisticated tests of the supply-and-demand model can be framed, but they depend on other models, some of them statistical, that can in turn be challenged.

Textbooks make economics sound like physics by blurring the distinction between the idealized world of models, which does behave like a physics, and the messy real economic world, which does not. To make sense of economics, you can never ignore the distinction. Not only does Samuelson fail to make this clear in his textbook; he doesn’t even explain what an economic model is. Oh, let me not exaggerate! In the thirteenth edition—the one I happen to have read—Samuelson and his coauthor, William Nordhaus, provide a brief definition of a model in an appendix, on page 977.

Blurring the ideal world of model economies with the complex world of real economies deeply confuses students. Some feel cheated, as if they were watching a magician put on a stage show, the workings of which are hidden from sight. Others like the stage show better than the messy everyday world. As students thus encounter economics, David Colander of Middlebury College laments, “They either love it and think economists have something to say that they aren’t saying, or they hate it and think economists have something to say that they aren’t saying.”
A model is never a full-dimensional hologram of real economies, but at best a partial two-dimensional perspective. Much that I say will be controversial, but this point should not be. Robert Lucas, one of the most creative model-builders, tells a story about his undergraduate encounter with Gregor Mendel’s model of genetic inheritance.6 He liked the Mendelian model—“you could work out predictions that would surprise you”—though not the lab work breeding fruit flies to test it. (Economists are not big on mucking around in the real world.) Over the weekend, he enjoyed writing a paper comparing the model’s predictions with the class’s experimental results. When a friend returned from a weekend away without having written the required paper, Lucas agreed to let the friend borrow from his. The friend remarked that Lucas had forgotten to discuss how “crossing-over” could explain the substantial discrepancies between the model and experimental results. “Crossing-over is b—s—,” Lucas told his friend, a “label for our ignorance.” He kept his paper’s focus on the unadorned Mendelian model, and added a section arguing that experimental errors could explain the discrepancies. His friend instead appended a section on crossing-over. His friend got an A. Lucas got a C-minus, with a comment: “This is a good report, but you forgot about crossing-over.” Crossing-over is actually a fact; it occurs when a portion of one parent gene is incorporated in the other parent gene. But, Lucas’s anecdote brilliantly illustrates the powerful temptation to model-builders—across the ideological spectrum—of ignoring inconvenient facts that don’t fit their models.

As Lucas says, “The construction of theoretical models is our way to bring order to the way we think about the world, but the process necessarily involves ignoring some evidence or alternative theories—setting them aside. That can be hard to do—facts are facts—and sometimes my unconscious mind carries out the abstraction for me: I simply fail to see some of the data or some alternative theory.” Often I disagree with Lucas, but I like the transparency with which he discusses models. He has said that a model is a “mechanical imitation economy,” a “robot imitation of people,” a “thought experiment.” It must be distinguished from reality because “in practice all axioms for models we can actually solve will be crude approximations at best, and determining which axioms produce reliable models will involve judgment, testing, and luck.”

Copyright 2012 Harvard University Press. Reprinted via Alternet with express permission from the author.
Schlefer's bio: Jonathan Schlefer holds a Ph.D. in political science from MIT and is the author of Palace Politics: How the Ruling Party Brought Crisis to Mexico, as well as articles for The Atlantic and other publications. He is currently a research associate at Harvard Business School.
Posted by Giordano Bruno... the 2nd at 16:22 No comments: Links to this post