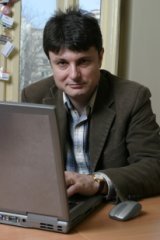 I am a multicultural citizen of the World – if merely a dual national (British & Romanian – at birth) – a University of Kent at Canterbury graduate, a Cambridge English Exams’ Teacher and a Doctor of Sociology from the Universities of Bucharest and Perugia.
Having lived in continental Europe for a rather long time now, I’ve earned my keep as a bilingual wordsmith – a skilled translator/interpreter if a seriously playful radical, admittedly – looking to bring an admittedly valuable contribution to corporate entities that have been built to last. As such, I'll mention a thing or two about my professional career outside my teaching experience.

As Project Manager for the RIFF Group, I’ve enabled the Group’s affiliation to Moore Stephens International and as Editor-in-Chief of the Group’s monthly magazine, New Business & Fashion, I’ve been granted Harvard Business School Review’s permission to disseminate articles in Romania.
As such, I’ve (ghost-)written, copy-edited & translated business & fashion articles while interviewing personalities in the fashion industry, such as: Catalin Botezatu, Irina Schrotter, Mihai Albu, Venera Arapu, Ovidiu Buta or Carmen Secareanu. Concurrently, I’ve employed a hands-on approach to attracting advertising revenue from such brands as Lee Cooper, Lotto, Mango, Marks & Spencer, Nara Camicie, Promod or Stefanel as well as Campari, Jack Daniels, Murfatlar, Omega or Rolex, to name here but a few.
Being a seasoned translator of international bestsellers in the field of business, the history of art, geopolitics or philosophy by such authors as Jim Collins, Julian Bell, Naomi Klein, Susan Sontag, Noam Chomski  or Thomas Nagel, allowed for occasional paradigm realignments, such as when initiating the Carturesti Group’s Editorial Division – namely the Vellant Publishing House. My multilateral educational & professional qualifications avail potential employers of my inter-lingual (British/Romanian) rendition skills, in fields as varied as legal English, precision agriculture, high-end fashion couture or applied sociology for in-house training purposes.
I could not end this briefest of introductions without mentioning the fact that during the Romanian revolutionary events of 1989, I've worked for a host of international media organisations such as the BBC, ITN, Sky, The Guardian, The Times, The Independent etc. as a UPI-accredited, freelance Journalist, Fixer & Interpreter.

I have a proven track record in motivating students to achieve well by employing an inductive, student-centred approach that identifies one’s specific needs while nurturing their learning enthusiasm.

Generally speaking, I focus on eliciting participation from all the class members to enable peer-led learning as far as this is practically possible. Where teacher-led instruction is required, I aim to be clear and concise, while constantly checking understanding across the whole cohort.

As such, I have received excellent post-course feedback throughout my career.

Using Inductive Teaching methods for the purpose of assisting my student/trainees' discoveries offers a most positive and equally rewarding contrast to the old school, Direct Instruction teaching methods.

Whether the task at hand requires the student to attempt a structural analysis of a poem, in terms of its literal meaning - or apparent lack thereof - its auditory effect, rhythm and imagery, or whether they are required to find patterns of social interaction or, say, review a black hole's makeup and the likely effect of entering one - and exiting it as a Spaghetti Monster - they are merely putting their critical thinking abilities to good use during the process of inquiry.

Thus, instead of stating beforehand, and in the most explicit way, the grammatical item proposed for study on a Monday morning class, I use Van Doren's cue in assisting and facilitating my trainees' 'own' discoveries of the rules governing the composition of clauses, phrases and words that are being used in the English language.

Whereas Direct Instruction methods primarily focus on the outcome which stands to be gained by the student from their eventual mastery of the target language's lexical (morphology, syntax, phonology, phonetics, semantics and pragmatics) structures, the inductive strategies which I'm employing focus more on the processes by which knowledge is being formed and acquired.

Consequently, my students are set on a path of becoming critical users of the means by which (social) scientists have codified such information, rather than human resources trained to reproduce ad literam a body of scientific information.

As such, they will be able to formulate - as well as address, in an appropriate manner,  using suitable methodologies, that is - questions that show their ability to collect and analyse information, as well as draw proper conclusions to that end.

Though it is well known that inductive methods can be both convergent - as is the guiding of students towards the discovery of a unifying concept - as well as divergent - allowing for a greater number of concepts and generalizations to be made in the process - personally, I tend to prefer the latter variant, so as to give my students greater margins for personal expression.

Consequently, I take Suchman's (1962) cue in assisting my students with their academic pursuits by offering them Inquiry Training lessons that enable the observation of facts that are subsequently codified theoretically. This strategy adds value to the students' natural curiosity by inviting them to take a seat at the "Select Committee Panel's" table, and start asking relevant questions that will propel their learning further.

The Description of a Typical Inquiry Training Lesson 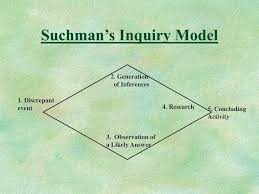 We will consider Archimedes’ Principle, for this purpose. Yet, for expediency reasons, I will refrain from reproducing the known experiment here. For more one this, however, please refer to: http://www.unco.edu/nhs/science/Demos/demos99.pdf

Even though Suchman's model was designed for science classes, I believe that as long as a teacher is able to find, present and conduct relevant discrepant events or stimuli inquiries, such a type of Training can be used across a host of subject areas. It is worth noting, however, that this model is useful for students of most ages, though younger children and English learners will need extra support in formulating their Yes-No questions:

Introduction:
1. Present a discrepant event or a puzzling situation;
2. Describe the procedure: Students are asked to form explanations for what they see by asking questions that can be answered with a straight 'Yes' or 'No'.

Body
3. Allow questions checking the understanding of the observed events and conditions. Put causal questions on hold until reaching the next stage.
4. Allow questions showing that relevant variables had been properly identified and test their underlying hypotheses.

Close
5. Guide students to state/codify the explanations formulated during this inquiry stage.
6. Prompt students to analyze their inquiry strategies.

It is worth pointing out that the Inquiry Training method is more than a questioning game. The answers given by students should be written down on the white-board, for reference purposes. Should a student state the correct explanation early on, I will calmly pretend this is as good an answer as the rest of the answers given before/after and that it will have to be verified through empirical testing. Throughout this stage, it is crucial that the classroom atmosphere is conducive to getting the students to listen to each other.

Using Inductive methods, such as case studies, concept attainment/formation, role playing etc. at this data analysis stage serves to stimulate the students’ ability to discern patterns, enabling the ascertaining of structures and the discovery of crucially important ideas in the information their structuring/codifying processes of discovery.

Moreover, by categorizing/grouping component items into classes of objects, students get to keep abreast of the constant flow of information, reduce the sheer complexity of their environments, make decisions without the constant need the verify every single variable, by inter-relating/ordering classes of events (Bruner, Goodnow, & Austin, 1960) and, most importantly of all, make their learning equally effective as it is efficient.

I will conclude this far from comprehensive presentation by mentioning, briefly, the learning cycle's inductive approach as it provides a smooth transition from firsthand experiences to a properly-structured understanding of the content and of its real-world application. 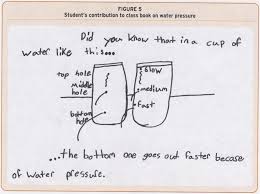 Based on the constructivist learning theory, which concurrently defines the act of learning both as a process as well as a result of our inquiries and expositions, during the integration of current and past experiences (Marlowe & Page, 1998), for the purpose of furthering our understanding, I am able to use an admittedly remarkable personal life experience to give my students a realistic sense of purpose to build and further background/content knowledge.

This, again, is most important for English learners and for students whose background experiences may be limited (Guillaume, Yopp, & Yopp, 2006).

The Iron Fist Behind the Invisible Hand: Capitalism As a State-Guaranteed System of Privilege 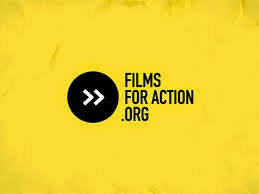 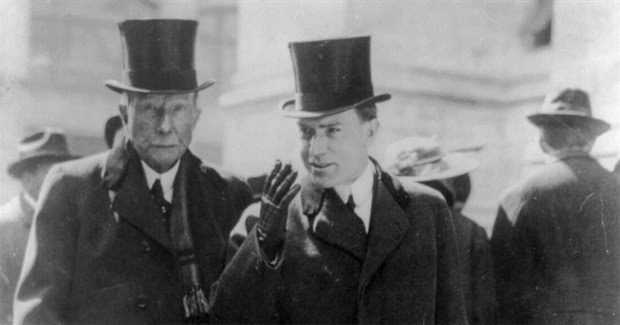 By Kevin A. Carson / mutualist.org

The empirically definitive critique of our economic system since its beginning to the present day.